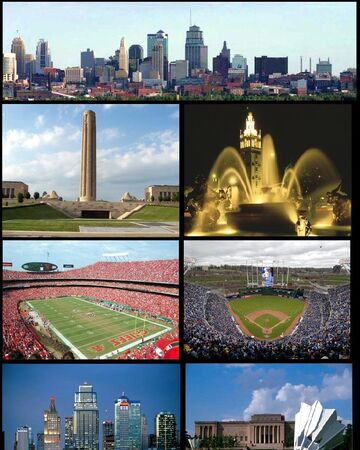 Situated on the western border of Kansas and Missouri, Kansas City is a bustling Midwestern city. The area is known for its barbecue and jazz history, and is home to the famous American Jazz Museum, which shares a building with the Negro Leagues Baseball Museum. A visit to the Nelson-Atkins Art Museum will provide a fascinating glimpse into the history of the arts in the region. The museum is home to almost 40,000 works ranging from ancient to contemporary.

The city's cylinder-shaped Liberty Memorial tower overlooks Union Station. The soaring American Century Investments towers, located along Main Street at 45th Street, are also located in the downtown area. In addition to the Nelson Atkins Museum and Kemper Museum, two other popular attractions include the Associated Wholesale Grocers and Kansas City Steak Company. The University of Kansas Hospital, which is the largest employer in Kansas, is located in the city. The campus also contains schools of medicine, nursing, allied health, and business.

The city is also home to a number of newspapers and magazines. The Kansan, a daily newspaper that was founded in 1881, ceased print publication in 2009. Other local publications include the Piper Press, which serves the community of Piper, and the Wyandotte West, which covers western Wyandotte County. Other local newspapers include the Faith-oriented Kansas City Metro Voice and The Call, which focus on the African-American community. The Wyandotte Echo, a weekly focused on legal news, and the Dos Mundos, a bilingual publication.